They say we put a fraction of ourselves inside each character, a story of our lives with each plot element. Who’s to say the premise isn’t a reflection of our souls? Writing may be a more spiritual activity than we believe. Just a thought.

Anyway, here’s an excellent article from a fellow blogger of mine. His article examines premise in a manuscript and how it helps drive characters and plot.

Glad to have you back with us, Rich. Cheers.

It’s interesting how attitudes change. When I first began writing I viewed plot as the most important element of a story. If characters live a static existence, then what’s the point? The more time I invested in improving my writing, I realised the error of my ways. Character is, in fact, king. It’s their conflicts, their struggles, their journeys that glue hands to books and eyes to pages.

But I was wrong again. The element that presides over all is something I never paid much attention to, something I rather hoped emerged from my stories rather than weaved it into their fibre. The king of kings, the emperor, the god, is premise. 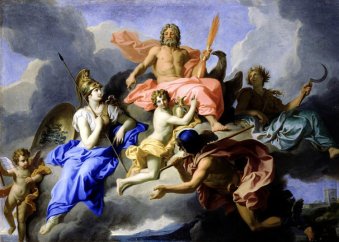 Yeah, premise. AKA theme, goal, purpose, central idea, thesis … I could go on. None of these words really encapsulate the meaning quite like premise, though.

It’s the second definition which I think suits the writer best: