Good names help both writers and readers move through a story smoothly.”

Naming characters in a fictional universe may seem like a simple task, but it can stump some authors. How do we approach this issue? Is there a method to naming characters? In this post, I’ll describe how I go about it, plus some helpful tools.

Some authors don’t name their characters in a specific way, instead opting for generic names without any particular rhyme or reason. Fred, John, Alice, Ryan, etc. I’ve found the generic naming system works better with simple, cheap plot themes. Even short stories or flash fiction. These ‘throwaway’ names, as I call them, work here.

Names have changed from era to era, at least in the contemporary world. Naming a post WWI character according to their era (e.g. the Depression-era 1930s) will seem more realistic than a 21st century trendy name. You can also go further and look up the root meaning of a name. Name.org is a great resource for that.

Other authors opt for unusual names like Legolas, Eragon, or Herä’eth. These name fit more of a niche role, with their uniqueness that speaks of a fantasy universe. That in itself grants the name attention. FantasyNameGenerators is a good website for those struggling to brainstorm.

For more humor, an author can name a character a funny name like Bananas. These comic names spell out the character’s attributes from the start; the author wants to make sure you to know this character’s name means something. In real life, people often name their pets in such ways, as it evokes comfort, warm laughter, or recognition.

Other Uses for Names

Names can influence how your reader views characters, particularly from their introduction. Using a scarier name, like Toothclaw, may evoke images of a bestial man, aggressive, proud, and strong. Others like Hymnfoot have a pleasant and comic feel.

A character’s surname can be as important as their main name. Surnames are family or ancestral titles that imply characters’ bloodline, genetics, abilities, and even predictions about their future.The surname Brightshard has a fantasy ring to it, aye? It evokes images of crystals, magic, and even majesty. Meanwhile, the surname Worldscale also bears a fantasy vibe, but is more dragon-like and perhaps regal in its pronunciation.

Other than using the websites I linked above, you can check out ImagineForest, Writerswrite, and ElementalNameGenerators for all your fantasy needs. Here’s an article on additional tips for naming your characters effectively.

We’ve covered this, but you’re not likely to find a name like Legolas in contemporary fiction, unless it’s for intentional humor. Double-check your genre, and the era of your story, to maximize the efficiency of your character’s names. Things get a bit more complicated when you do niche genres, like fantasy-romance. In this case, fantasy names are appropriate.

2. Culture and Backstory Do Matter

Bonus points if you can incorporate world-building and backstory into your characters’ names. This helps tie plot elements together and gives off a wholesome vibe to the story.

There are times when shorter, simpler names are nice because your reader can remember them. Other, longer names may throw a reader off. A dragon with the name Fyre’goras’thyr is certainly a mouthful, whereas the name Fyre works too. Which do you prefer, pray tell?

Character naming is vital in fictional universes. While it doesn’t have to be perfect, it can make or break your characters, the feel of your plot, or the details of your world-building. Taking time to refine your character names will allow them to shine and pull the reader in. Remember, this is but a part of building your story, and it can still be fun when you put your heart into it. 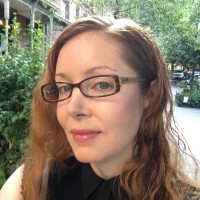 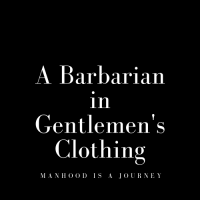 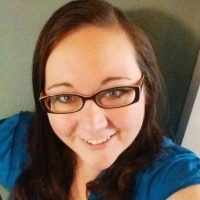